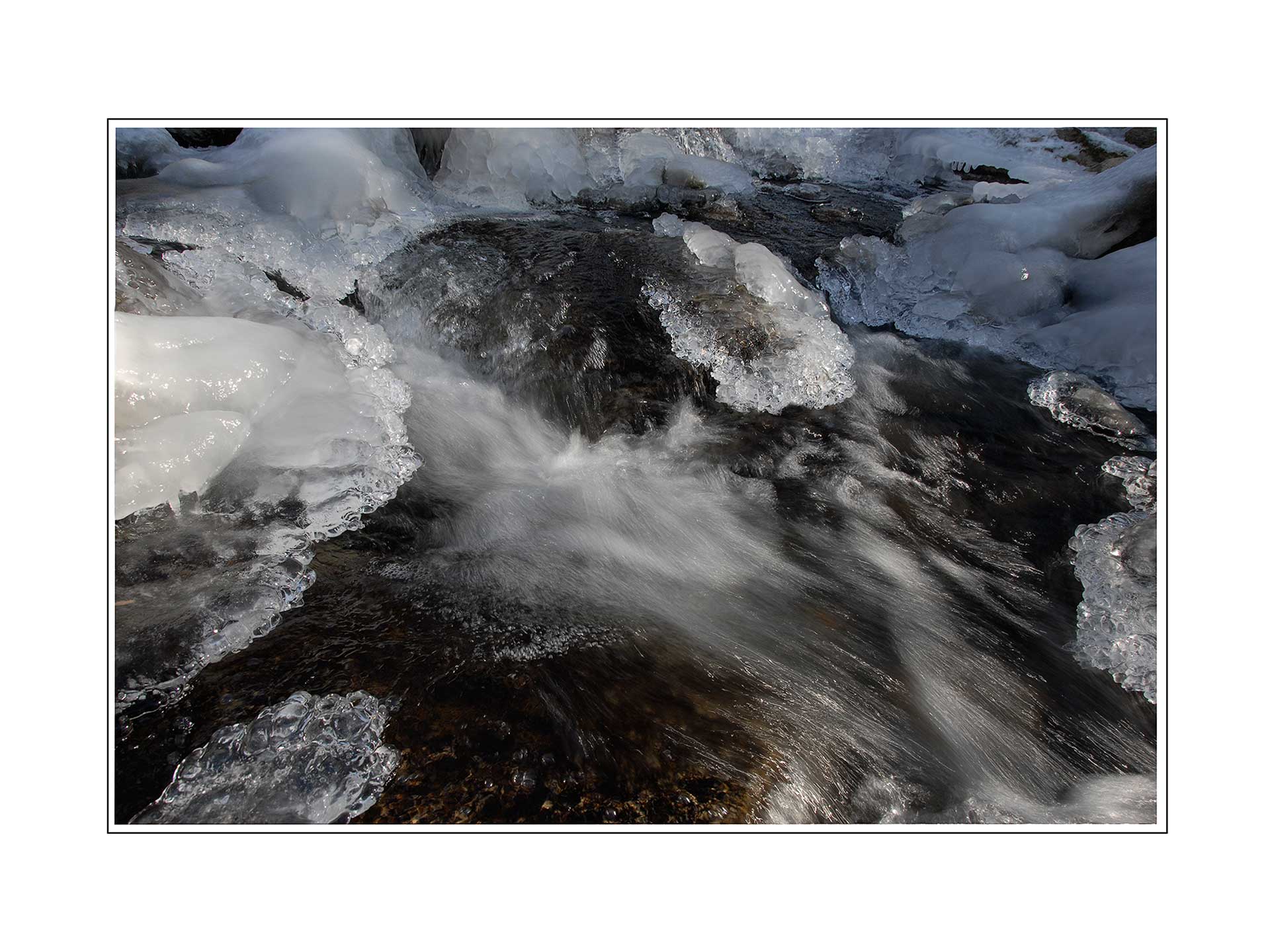 Two Times at Once

This is an old photo, when the camera was not my first instrument. The ideas of playing with different points of view where already in my head. I had bought my first digital camera, a Nikon D200. This is from an experiment with time. Taking a couple of shots on a tripod in the cold winter water of a small river near where my mother lives. I took the shots with very fast and quite slow shutter speeds. Later I combined in Photoshop an image with the movement of the water frozen (fast shutter speed) and one with the movement blurring the image, causing the silk like quality of the moving water. So some parts of the water are frozen in their tracks, where other parts are allowed to flow. Showing two different feelings of time in one image.