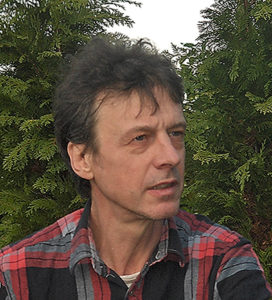 Get some idea about me

I am a photographer, based in the southern part of The Netherlands. I am fascinated by exploring new avenues, to experiment and come up with new concepts and ideas. Of course I know that we're all standing on the shoulders of the ones that went before us, so 'new' is always relative.

I just want to tell you that I like to try out stuff and that has always been the case. I've learned to take nothing for granted and to question everything, especially 'experts' and 'authorities'. Every authority has been overtaken by time or was just plainly wrong.

While 'economic growth' is being hailed as our new god, I have always spent my time on those things that I found worthwhile, interesting and loved to do anyway. Money came in smaller or bigger quantities, and sometimes none at all. Fortunately I could always live and do what I wanted. Instead of aiming for economic growth, I go for growth of well- being and feeling. And producing something that I feel is of value.
I have been involved in art and technique in various ways since 1974. Many years in music, as a developer of new gear, as a bandleader, as a composer, as a record producer and as a developer of experimental new music software. But the visual aspect and interest has always been there. When composing, I always used visual elements, which greatly helped me. Actually what I found out over the years, that I could use various senses to compose music as well as to compose images.

The overall principles are the same

It's in the specific techniques that the differences lie. So from music to photography might seem a huge step when for me in fact that wasn't the case at all. Even the software programs I use have a lot in common. To give just one simple example : in music as well in images, the artist needs to control the dynamics or contrast ratio. In the real live world of sound and light, the dynamics are bigger than we are able to capture on the medium we are working with, be it magnetic tape (yes, it was like that some years ago), the digital audio medium or the digital image medium and the actual print. In both music and images we use a process called 'compression' and it works quite similar in the audio- and the visual world. There are many resemblances as long as you are open to them.

So many things I have learned during my years in music, I could take with me for free into creating photos and prints. I find it fascinating to bridge seemingly different disciples. The greatest challenge for me is to connect Art and Science, which in the end are asking exactly the same questions, but in different ways and with different tools. Still the Artist and the Scientist should talk to each other again, like it was in ancient Greece, before the Church drove them apart.

If you have any questions, please feel free to contact me 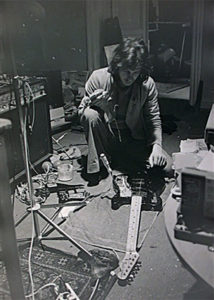 I am today because of what I was back then.